4 Ironies of the Cross

Like any good narrative, the Bible uses literary devices such as metaphors, double-meanings, paradoxes, and irony. The New Testament authors often used irony to draw out the difference between how mankind sees things and how God sees things. Irony shows the sharp contrast between expectations and realities as well as between intent and effect. A third way authors employ irony is to highlight something the readers know that the characters in the story would have been unaware of. In Colossians 2:13-15 Paul provides at least four ironies tied to the cross of Jesus Christ.

We see stark contrasts between the purpose of man and the purpose of God, Satan’s plan for destruction and God’s plan for redemption. The cross reminds us things are often not what they seem in this life. Circumstances and the point of view of fallen man is not a reliable source for interpreting life because God is working in ways we cannot see. God’s economy is different than our own. It is in the darkest moments that the greatest light shines. It is in act of death that life is granted. We will briefly look at four ironies of Jesus’ cross from Colossians 2:13-15 in order to understand what was really taking place.

1) Jesus laid down his arms and died willingly in order to disarm the worldly and spiritual authorities.
The irony is that Jesus chooses to not fight but to die willingly as the sacrifice for sins. He could have with one word destroyed everyone in his path or called legions of angels to his aid but he lets mankind and Satan do their worst to him. It is in the laying down of his arms (weapons or power) and the humble act of dying that he defeats the spiritual rulers and authorities. It is through his suffering that he can give hope, through his loss that we experience gain, and through his death that we have life. In the very moments that the physical rulers (Jews and Romans) as well as spiritual rulers (Satan and demons) think they’ve triumphed over Jesus he is accomplishing victory and triumph over them.

“At this point, there is, I suggest, a further note of heavy and striking irony. The ‘rulers and authorities’ of Rome and of Israel…conspired to place Jesus on the cross. These powers, angry at his challenge to their sovereignty, stripped him naked, held him up to public contempt, and celebrated a triumph over him. In one of his most dramatic statements of the paradox of the cross, and one moreover which shows in what physical detail Paul could envisage the horrible death that Jesus had died, he declares that, on the contrary, on the cross God was stripping them naked, was holding them up to public contempt, and leading them in his own triumphal process—in Christ, the crucified Messiah. When the ‘powers’ had done their worst, crucifying the Lord of glory incognito on the charge of blasphemy and rebellion, they had overreached themselves. He, neither blasphemer nor rebel, was in fact their rightful sovereign. They thereby exposed themselves for what they were—usurpers of the authority which was properly his. The cross therefore becomes the source of hope for all who had been held captive under their rule, enslaved in fear and mutual suspicion. Christ breaks the last hold that the ‘powers’ had over his people, by dying on their behalf.[1]

2) Jesus is put to open shame in his ignoble death and yet through it he wins a triumphant glory.

“[God] disarmed the rulers and authorities and put them’ to open shame, by triumphing over them in [Jesus]” (Col. 2:15). The word for disarm actually means “to strip off.” A similar form of the word is used in 2:11 and 3:9, both of which are translated as to put off or strip off. Consider the usage of Matthew 27:28. “[The soldiers] stripped [Jesus] and put a scarlet robe on him.” In all of these instances the stripping away of clothes (3:9; Mt. 27:28) or the stripping of the flesh (2:11) signifies the stripping of power itself. Paul argues that although Jesus is stripped in shame and crucified before all the world he is actually stripping and shaming those putting him to death. The Jewish leaders and the Roman army wanted to make a public spectacle out of Jesus and he ends up openly making a spectacle of them when “he disarmed the rulers and authorities and put them to open shame” (2:15).

Satan thinks he’s shamed Jesus by having him put to death. Those standing at the cross mock Jesus by saying, “he came to save others and he can’t even save himself” (Mt. 27:42). The soldiers kneel before him mocking his claims to be a King (Mt. 27:29). In all of this shaming of Jesus the powers in charge thought they were getting the best of Jesus. But, in his death Jesus was releasing us from the one thing Satan had against us—our sin—and thus he triumphed over evil. He stripped death, sin, and Satan of their power. Satan’s attacks on Jesus and his followers now our all bark and no bite. When we were under sin apart from Christ he had accusations against us for why we should be condemned. By now that Jesus had paid our sin, reversed our condemnation, and overpowered death, Satan no longer has anything of substance to accuse us with. This was long ago promised in the garden when God said the serpent would strike a blow to the heel of the Savior, but it would be no match for the deathly blow the Savior would give to the serpent’s head (Gen. 3:15).

3) Jesus dies as a curse under the law in order to take our condemnation from the law.

A very similar verse to Colossians 2 can be seen in Galatians 3. “Christ redeemed us from the curse of the law by becoming a curse for us—for it is written, ‘Cursed is everyone who is hanged on a tree’” (Gal. 3:13). Here again we see the irony of the cross. “No one is justified before God by the law” (Gal. 3:11), but in fact, our law-breaking sin brings the curse or judgment of death upon us. Sins wage is death, and every law-breaker stands condemned to die. Paul quotes Deuteronomy 21:23 to show that a man who dies on a tree is cursed by God, meaning that they die under God’s judgment. Jesus is that man who died on a tree under God’s judgment. However, sin’s curse through breaking the law was never upon Jesus because he perfectly kept the law (I Pet. 2:22), and yet “he himself bore our sins in his body on the tree” (I Pet. 2:24). The irony both Peter and Paul point out is that Jesus’ death on a tree under the curse of the law—despite keeping the law—is due to the legal demands of the law that stood against us not him (Col. 2:14; Gal. 3:11). We should have died under penalty of the law and Jesus should have lived, and yet the righteous one who earned his freedom tastes death for the unrighteous ones who deserved condemnation.

4) What God was nailing to the cross was quite different from what Pilate nailed to the cross.

Every criminal put to death through crucifixion had their charges openly stated in writing on the cross. Jesus was put to death by Pontius Pilate and Rome as a rival king. The crowd cried “we have no king but Caesar” and Pilate knew if he didn’t put to death an alleged rival to Caesar’s authority it would be his own life on the line. Pilate had placed on the cross above Jesus the inscription: “Jesus of Nazareth, King of the Jews” (Jn. 19:19). The religious leaders had in part wanted Jesus put to death because of his claims to being God. They could care less about a Jew being a rebel to Rome but they would certainly put a blasphemer to death. When the Jews saw what Pilate had inscribed above Jesus for all to see, they told Pilate not to write “The King of the Jews” but rather “This man said, I am the King of the Jews” (Jn. 19:21). The leaders of Rome and the leaders of Israel both wanted different things nailed to the cross with Jesus to express the purpose behind his death.

The irony of Paul in Colossians 2 is that whatever man was doing, God was nailing something different on the cross with Jesus, namely that record of debt against us for breaking the law (Col. 2:14). Jesus wasn’t dying for his own sins but for “all our trespasses.” It is both a tragedy and a triumph that the perfect God-Man Jesus is put to death as the sacrifice for imperfect men. This is the “great exchange” and stunning nature of the cross. It is “by his wounds that we are healed” (I Pet. 2:24). It is by his death that we receive life. It is by his condemnation that we receive justification. Paul tells us there is a record of debts from our transgressions against the law that would have led to our just death. And yet on the cross, that record of debts is nailed to the cross so that Jesus can bear the weight and wages of our sin so that we don’t have too.

All of this imagery and irony in Colossians 2 isn’t Paul’s attempt to entertain the reader through quality writing or to layer hidden meanings to be uncovered. Rather, the irony is meant to shock us and open our eyes to see there is much more going on than the either we or the original participants in the story ever imagined. How shocking that Christ would come to the world and be put to death by his own people. And how shocking that in the appearance of defeat he wins the victory. As his heel is bitten by the snake he crushes his head. And isn’t shocking that God would do all this so that he would be glorified even more and you would be the beneficiary by being redeemed back to your God. 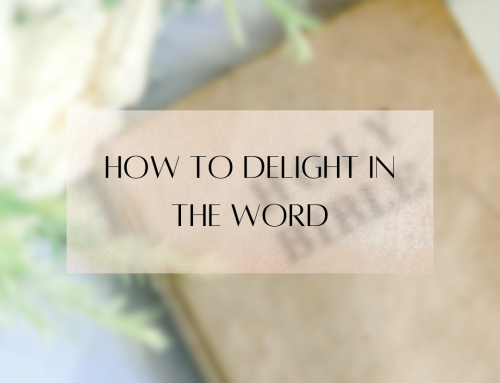 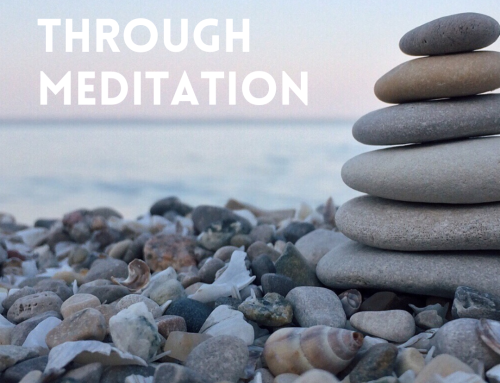 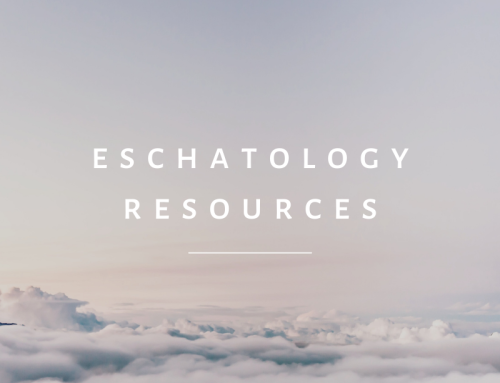 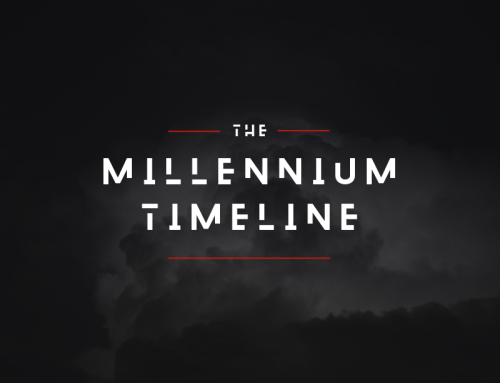